150 years of the Good Samaritans 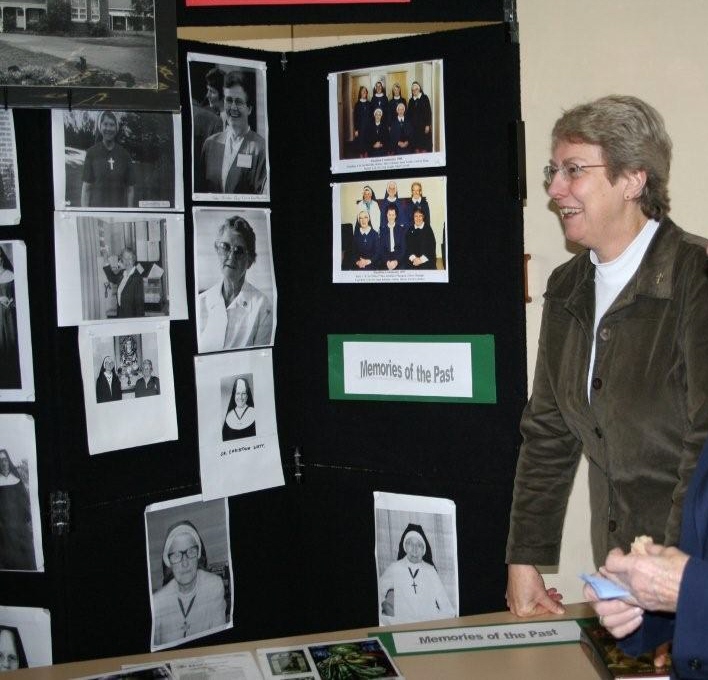 In 1845, eleven years after arrival from Ireland’s County Cork, Geraldine Henrietta Gibbons became a member of the Irish Sisters of Charity – the only Catholic group of Sisters in Australia at that time. She was to receive Scholastica as her religious name.

Mother Scholastica Gibbons (pictured below) ministered with selfless zeal and compassion for the women in her care at the Good Shepherd Refuge in Pitt Street Sydney. Some years following she was invited to become co-foundress of the first Sisters of the Good Samaritan of the Order of St Benedict. So began the realisation of a dream with five women of varied backgrounds formally received on 2 February 1857.

The original name given to the Order was The Sisters of the Good Shepherd, with their first home in Pitt Street Sydney demolished to make way for the Sydney Central Railway Station.

In 1901 historic Toxteth House at Glebe Point (above) became their new residence, along with a name change to The Sisters of the Good Samaritans. The 80 year old mansion (in state of disrepair) was named St Scholastica’s, in honour of the fifth century woman of prayer, vision, purpose and strength. She is reputed to have been a twin sister to St Benedict whose Rule was given to the Good Samaritans by their Founder Archbishop John Bede Polding – a Benedictine.

Polding was reputed to strive for justice and compassion in the new colony, with his focus on the dehumanising condition of the convicts and Aboriginal people.

“What Archbishop Polding asked of those original sisters, 150 years ago, remains a valid mandate for today – to show forth the gentleness and compassion of the Good Samaritan in applying themselves to every charitable work with a view to restoring souls to the fold of Jesus Christ. This means especially respect, care and love for each person, zeal for their wellbeing and being proactive in taking the initiatives others have ignored”.

The path envisaged by the founder to lead to the realisation of this ideal was the living of a fervent spirituality grounded on the Rule of Saint Benedict.

This involved three avenues of dedication:

Sisters of the Good Samaritans traditionally are recognised for their vision along with their attention to beauty in its various forms. From the beginning many excelled in needlework, calligraphy and painting. Handwritten vows were exquisitely enriched by their individual artistry. Archbishop Polding, an Englishman with a love for the fine arts and good taste, often brought gifts for the Sisters on his return from Europe.  Prior to demolition of the Pitt Street residence in 1901, permission was granted for a collection of stained glass windows and other effects to be removed for relocation to Glebe Point. That recognition of fine art continues today, with convents and places of worship proudly maintained in keeping with tradition. Furthermore 150 years on, they continue to fulfil the mission given to them in communities scattered across Australia, Japan, the Philippines and Kiribati.

“The little plant has become a noble tree and it has grown not by human effort and contrivance But under the unmarked breathing of God’s grace. Thus, as ever, there is no room for us to boast, but a loud, loud call for thankfulness.  And such future co-operation by gift and prayer as we shall have the grace to offer. “The Lord has done great things for us: We are to become very joyful”