Posted by admin on April 8, 2012 in History | Comments Off on St Patrick’s Dunkeld 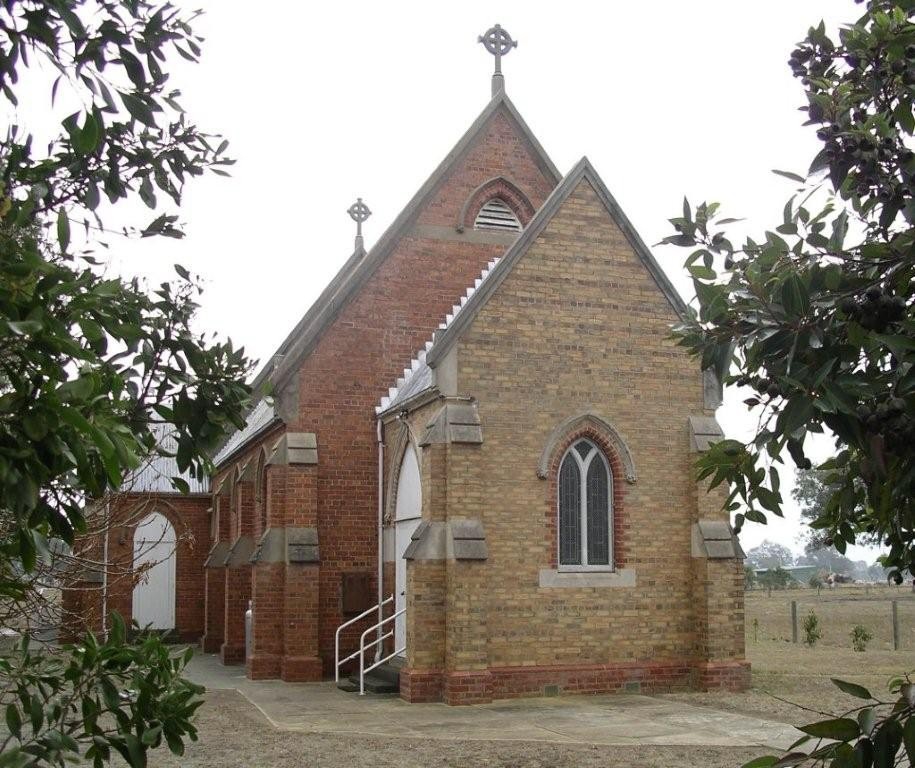 Formerly known as Mt Sturgeon, Dunkeld was aptly renamed in 1854 by early Scottish settlers, likening the district to their previous homeland.

Their devotion knew no bounds, as Catholic residents were united in faith praying the Rosary between visits from travelling priests. As these visits were only enjoyed once or twice a year, they were also a time for celebrating the Sacraments. The dining room in the district Coach Station, known as the Woolpack Inn was the venue for Dunkeld’s first church service.

Fr Kavanagh, Portland’s first resident priest in 1848, travelled a vast area between stations including Hamilton (Grange) and Dunkeld (Mt Sturgeon), earning him the title of “clerical tramp”. It was not until 1875 that a small wooden structure was built as a place of worship in Dunkeld on two acres, for a sum of 150 pounds.

The early settlers in the area included a high ratio of Irish Catholics who struggled to provide for their family, but continued to commit their financial offering to the church. However the following ten year period saw many district people losing that commitment and devotion to the Catholic faith.

Following Fr Shanahan’s arrival in 1886 the need to re-build a new Church community and building was evident. On completion of the early English brick structure costing 800 pounds, Mass was celebrated fortnightly from 1913.

Sermons citing “Hell” and “Damnation” rang out from the pulpit, but did not deter the devoted, including a regular visit by the local cockatoo that would fly onto the altar interrupting proceedings. History well records Fr Shanahan travelling for many years by horseback on his brilliant white stallion which later included a buggy.

The souls of many other clergy live on in St Patrick’s history. They are forever remembered for their good humour, wit and untiring contribution to the church’s growth spanning 130 years. Post War times saw an end to many fundraising events that previously brought the whole church community together, like annual balls and euchre parties. Those events diminished at the introduction of the “planned giving scheme”.

In 1975 Ursula Griffin dedicated a book to St Patrick’s centenary, in which she quotes:

“The real memorial to the work of the Church and its forebears is enshrined in the hearts of the people of today and over the years.”

St Patrick’s today, whilst much smaller in numbers, remains a united community within our parish.