Posted by admin on September 26, 2015 in Notices | Comments Off on SCULLION, John Joseph 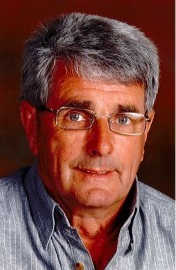 DEATH NOTICE
SCULLION, John Joseph
Passed away peacefully at W.D.H.S., 24/9/2015, aged 72, surrounded by his family.
Much loved husband to Rhonda; father to John; father-in-law to Samara and grandfather to Indi and Judd; friend to so many.
A chapter completed,
A page turned,
A life well lived,
A rest well earned.

SCULLION
Requiem Mass for the repose of the soul of the late Mr John Joseph Scullion will be offered at St Mary’s Catholic Church, Lonsdale Street Hamilton on Thursday 1st October at 2:30pm. Followed by a private cremation.